30 Best Film Festivals You Need to Go To

With inspiration abound and artists in every corner, there’s a film festival for everyone. Here are some you might not have heard of. 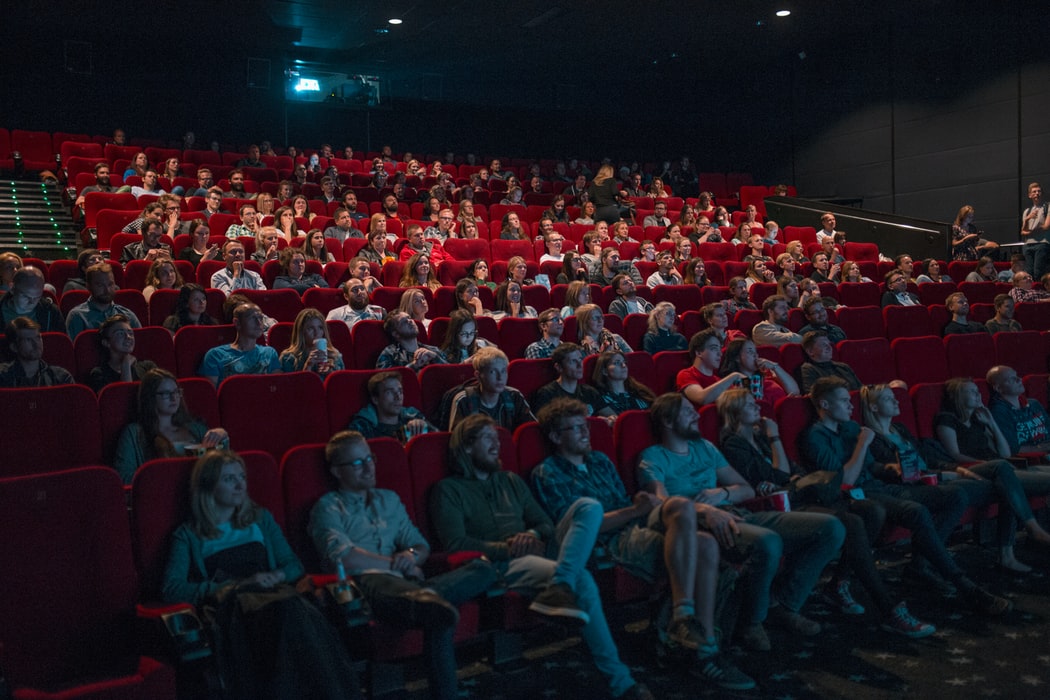 Just over six years ago, Ryan Coogler premiered small-budget film Fruitvale Station at the Sundance Film Festival, and just this year, he won big with major film success Black Panther. Film festivals are one of the best ways to connect with other creatives in the entertainment industry. You never know who you’ll meet, and how you might come up with a great idea for a new project. With inspiration abound and artists in every corner, there’s a film festival for everyone. Whether you’re submitting a film or just attending, embed yourself in a network full of talent. A character actor might meet a director with an idea perfect for the work they do, a composer might start chatting with a well-matched screenwriter, or a well-curated selection of shorts might cure a director’s creative block. At We the Project, we know the importance of networking in order to build your perfect film production team. To help you figure out which film festivals to send your work and attend this year, we’ve arranged the best film festivals by category.

The following film festivals come to the forefront of any film lover’s mind when they’re thinking about what entertainment events to attend. They’ve produced larger budget favorites and well-known art house movies.

The Sundance Film Festival was founded by film giant Robert Redford of Butch Cassidy and the Sundance Kid. Held in Park City, Utah in late spring, this film festival caters to notable independent filmmakers and newcomers whose films are exceedingly high in quality. Everyone covets a premiere spot at this famous event. In addition to Fruitvale Station (2013), other notable films that premiered at the Sundance Film Festival are The Farewell (2019), Little Miss Sunshine (2006), 500 Days of Summer (2009), Get Out (2016), and Hereditary (2018).

Founded by Robert de Niro to uplift Manhattan spirits, the Tribeca Film Festival is undoubtedly a city standby cultural event. They accept applications until the end of October and screen the winning films during April. With a focus on international, narrative voices and storytelling, this year’s highlights include The Apollo about Harlem’s eponymous theatre as well as Inna de Yard: The Soul of Jamaica. In addition to its film screenings, they offer talks, games, and virtual reality experiences.

Unlike the Sundance Film Festival and the Tribeca Film Festival, the Telluride Film Festival occurs from late August until early September. With the likes of Barry Jenkins, David Fincher and Tilda Swinton in attendance, this festival is esteemed to say the least. It’s known for in-depth discussions and providing great opportunities for students.

Held in mid-March, South by Southwest is a festival bonanza with film, media, and music festivals. Its events take place in Austin, Texas, and in addition to a limitless array of screenings and performances, it hosts meetups and parties where creatives from all walks of life can hang out and even spark collaboration.

Some of the most famous festivals require you to jump on a plane. Overseas travel might just be the little push you need to get your film to the next level.

The Cannes Film Festival takes place in May and celebrates film at an esteemed, international level. It’s a well-publicized, but lucrative event, and only invited professionals can attend. Many Cannes winners go on to win prizes at the Oscars. Some of these films include Apocalypse Now (1979), Pulp Fiction (1994), and The Pianist (2002).

Often called the Berlinale, the Berlin International Film Festival specializes in European films and offers a range of world cinema. Each year, the festival screens over 400 films and always stays true to its vision of a diverse, cinematic culture.

The Venice Film Festival premieres from late August to early September, and this year was its 79th. It’s the oldest film festival in the world, and was founded by Count Giuseppe Volpi di Misurata, the sculptor Antonio Maraini, and film producer Luciano de Feo.

The Edinburgh International Film Festival accepts regular submissions by January 19th, and takes place in late June. While originally founded by John Grierson to raise the visibility of documentary films, it now offers categories in all genres. It premieres UK favorites like Alien and Taxi Driver, and even helped establish the career of auteur Ingmar Bergman.

For filmmakers and film industry folks who prefer to stay in the States, there are plenty of high profile film festivals to attend in the most famous American cities.

The New York Film Festival happens from late October to early November and accepts submissions until April. It’s held at perhaps one of Manhattan’s most famous art venues, Lincoln Center.

The Chicago International FIlm Festival is the longest running competitive and international film festival in North America. With a goal of fostering communication through art and culture, they’ve furthered the careers of notable filmmakers like Martin Scorcese, Wim Wenders, and Susan Seidelman. With submission deadlines in April and screenings in late October, special categories cater to new filmmakers and diverse perspectives.

Well-known for premiering popular films in the horror and sci-fi genres, the Atlanta Film Festival takes place in early May and accepts submissions until the end of September. They are one of only about two dozen Academy Award qualifying festivals in the United States.

The WorldFest Film Festival was first founded as an International Film Society and continues to honor a different country each year. The festival is known for helping to discover Ang Lee, The Coen brothers, and David Lynch, among other notable arthouse filmmakers. Submission deadlines run from August until November and the festival shows in late April.

With offerings in pretty much every film genre, the Seattle Film Festival is somewhat newer to the scene and therefore boasts a contemporary edge. Submission deadlines are in March and the festival begins in May.

With cheaper equipment and crowdsourcing options available, the world of narrative feature films can feel oversaturated. Turn to experimental films for something a little different, whether it’s cinematic abstractions or unique stop-motion shorts.

Running in late March with a submission period ending in September, the Ann Arbor Film Festival is home to the avant garde. They separate film into three categories (narrative, animation, and experimental), and in addition to festival week screenings, host film showings throughout the year.

The Mill Valley Film Festival hosts an exciting range of screenings, master classes, workshops, and concerts for eleven days in October. It is run by the California Film Institute and submission deadlines are in mid-June.

Held in Canada, the Images Festival hopes to resist mainstream culture by engaging in subversive creativity and forms of expression. Submission deadlines are in mid-October and the festival itself takes place in April.

The Boston Underground Film Festival helps bring alternative cinematic visions to a larger audience. Submission deadlines are in September and the festival takes place in March.

The Nantucket Film Festival, in a beautiful New England setting, focuses on screenwriting. The regular submission deadline ends in March and the festival takes place in June.

The Woodstock Film Festival accepts submissions in June and takes place in early March. The film festival is known for its maverick spirit and casual environment despite hosting prominent attendees like Natalie Portman and Darren Aronofsky.

While many film festivals have open submissions, there are other film festivals geared towards bringing audiences to filmmakers who are new to the scene and may not have won as many awards yet.

Held in Bend, Oregon, the BendFilm Festival accepts submissions until May and takes place in October. They also hold year-round events and an artist-in-residency program.

The Dumbo Film Festival is itself a newcomer, with submissions closing in September with screenings to be held the following year. They also host monthly competitions, which are great for increasing your chances of winning.

With a focus on learning and a robust education program, the Santa Barbara International Film Festival is another great option for budding filmmakers. The regular deadline for submission is in August and the festival is held in the following January.

When making a film, it’s important to consider the importance of sharing diverse voices. To bring attention to newer voices and less heard stories, consider attending or submitting films to the following.

Out on Film Festival

Source: Out on Film Festival

Held in Atlanta, the Out on Film Festival is one of the most prominent film festivals dedicated to celebrating LGBTQ voices. It is held from late September to early October and submission deadlines are in July.

The Brooklyn Women’s Film Festival celebrates women in film to promote opportunities for women in the film industry. They accept submissions until January and the festival occurs in August.

The Harlem International Film Festival uplifts the community of Harlem by providing a space for not only community voices, but international voices about culture and migration. They’ve discovered directors like Ava DuVernay and Nate Parker. The festival takes place in May.

An esteemed festival in Washington, D.C., the Environmental Film Festival brings large audiences to films with an environmental theme. They accept films until the beginning of December, and the festival takes place in March.

The Global Peace Film Festival takes place in Winter Park, FL during late September and accepts submissions until April. They focus on films with the broad themes of peace and affecting change.

An Academy-qualifying film festival, the Los Angeles Asian Pacific Film Festival brings light to voices within the Asian Pacific community.  They accept films until November and the festival is at the beginning of May.

No matter your cinematic taste, there’s a film festival for everyone. A filmmaker who’s just starting out or a more experienced independent filmmaker might choose to submit a new short film. An avid cinephile or actor might choose to attend the screenings.

Once you’ve made some great connections, check out We the Project to bring your next film endeavor to life. Maybe you’ve met a co-director and just need to find the right cast, or maybe something sparked a completely new idea and you need to hire an entire team. We the Project will streamline your talent-finding process to make sure your team is the perfect fit.