Filming on a Budget: Everything You Need to Know

Setting a budget for your project is the first step. Learn what you need to know about building and sticking to your monetary guidelines. 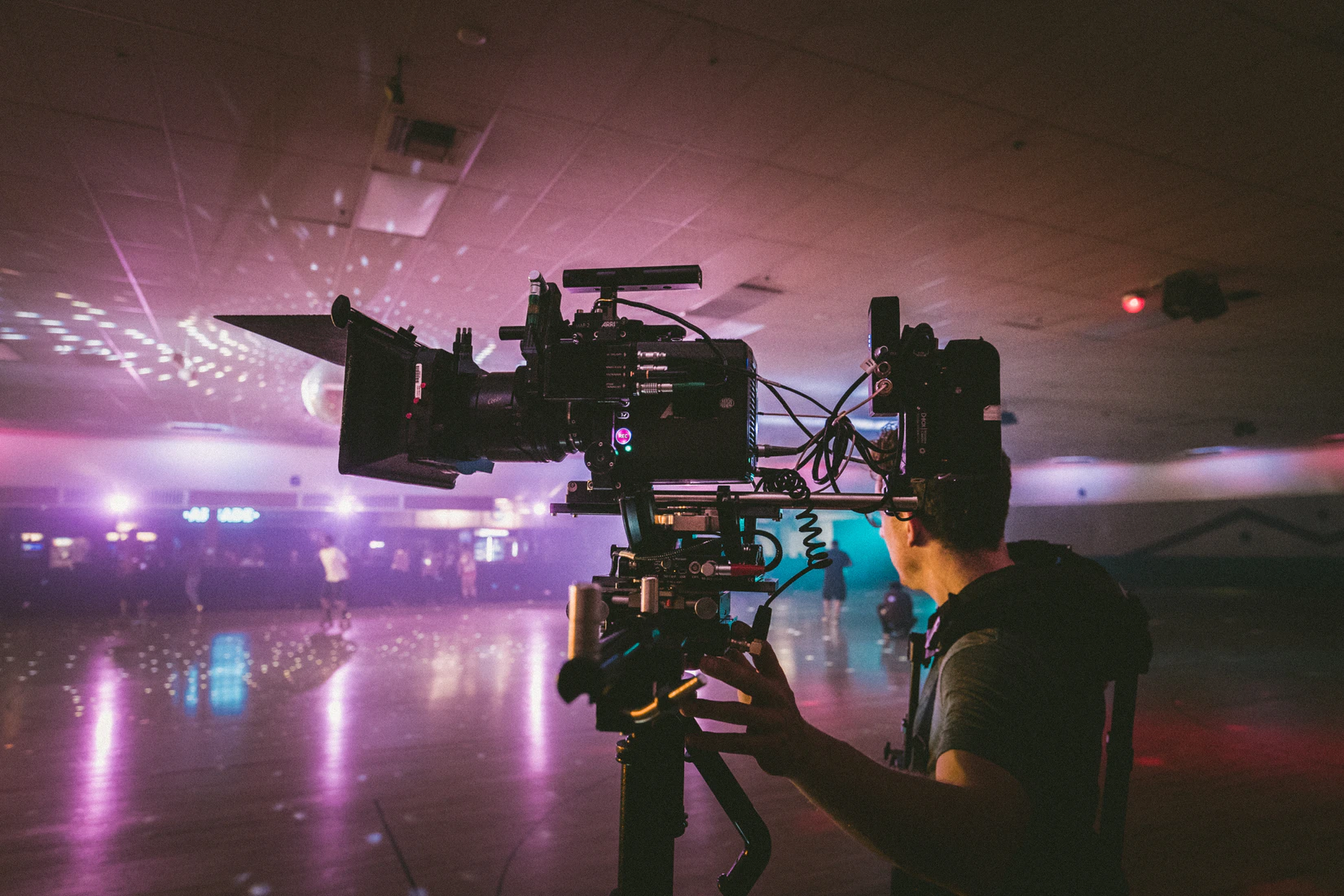 If you’re thinking about trying out your skills as a producer, you’re going to need to learn and understand how to create and implement a proper film budget. First of all, there is no film production without a budget—and that budget will set the tone for your entire film.

It helps to think of your film budget as a guide, rather than just dollars and cents. As a guide, it will help you determine just where all of your money needs to go, minimize unwanted surprises, and take through each period of production.

At We the Project, we streamline the filmmaking process by providing a platform to help you find other creatives to work with. But before you start hiring, you have to know your budget. In this article, we’re going to take you through all the steps of creating your own film budget, as well as offer some tips and tricks for low-budget filming—and discuss some of the best brands and companies that’ll get you there.

Related: What Does a Producer Actually Do?

As we mentioned above, your film budget will take through each production period. There are typically three stages of the production process. However, there’s more to it than that. You must also consider the differences between above and below the line.

In the world of film production, above the line (ATL) refers to a group of people who will be involved during the film’s development phase. The costs included in the ATL are the cost of the story rights, the director, the cast, and everything else that needs to be put in order to begin production. This is also considered the “pre-production” phase.

Everything else—the crew, location, rentals, props, permits, equipment, and anything else involved during production—is referred to as below the line (BTL).

Your above and below the line schematics can be considered the skeleton of your film budget—the bare bones, if you will. Now it’s time to further break your budget down into more detail, outlining the aforementioned pre-production, production and post-production periods:

Your pre-production period takes into consideration your ATL costs:

Depending on who you talk to, some people consider the cinematographer to be part of the pre-production/ATL budgeting phase.

Related: Pre-Production Checklist: Everything You Need to Know

Once you get into the production phase of your budget, you’re entering your BTL costs:

Much of this will depend on the type of movie you’re making and whether or not it will require any special effects, in depth hair and makeup styling, etc.

Your post-production phase of the budget should include:

Depending on who you talk to, they may or may not include marketing and publicity (also referred to as print and advertising—P&A) to the below the line part of their budget. However, the following are becoming increasingly popular and necessary in the post-production world:

Keep in mind that your over all budget breakdown will depend entirely on the type of film you’re looking to produce. If you’re making a documentary or a short feature film, your budget will look a bit different. Just as likely, the genre of the film will be a determining factor in your budget. For example, if you’re making a horror movie, you’ll be accounting for a lot more makeup, props, etc.

One thing you always want to do is pad your budget and prepare for worst-case scenarios. That means having a back-up plan in the event that an actor gets sick, the weather doesn’t cooperate, props break or go missing, or licensing or permits fall through.

We mean it when we say pad your budget, and not just for worst-case scenarios. You also need to factor in things like prep time, kit fees, and possible overtime (OT).

Shoot days won’t be the only days that your crew is hard at work. In order to be ready to shoot the scenes, the camera crew and production design crew, for example, will need an entire day of prep.

You’ll also want to take into consideration that some of your crew will be using their own gear to use. This includes the hair and makeup artists, production team, camera crew, etc. They’ll charge you a “kit fee” for use of their personal gear. Kit fees are typically calculated by the day (or the week) plus the type of gear being used.

You’ll also want to pad your budget for overtime. Billing for OT starts after 12 hours and are billed double the amount of the standard pay. OT may sound daunting and expensive, but it ends up costing much less than adding a whole other shoot day.

Lastly, you don’t want to leave out any pick-up days. Pick-up days come around after the scheduled shoot days, to pick up something that may have been missed during the initial filming. The rule of thumb here is to budget for one pick-up day for every 10-15 shoot days.

And, don’t forget about that production insurance—which will include workers comp insurance in the event that there’s an accident and one of your crew members sustains an injury.

Tips For Shooting on a Low Budget

Everything that goes into your film budget can get pretty expensive. Lucky for you, low-budget filming has become somewhat of a niche in the indie film community. Not to mention, many low-budget films have launched some not so low-budget careers. So, if you’re just starting out as a filmmaker, or you just don’t have the necessary means to create a well-rounded budget, here are a few tips to get your film off the ground:

Having the best camera to shoot isn’t all that necessary. Not to mention, those high-end film cameras are super expensive. All you really need is a DSLR mirrorless camera that can shoot in high-quality HD or 4K. You’ll also need to have a good amount of knowledge about the technology, or at least know somebody who does.

This way you’ll still be able to shoot high-quality scenes and no one will really be able to tell the difference.

Make Use of Those Free Locations

It’ll be really beneficial to scout out cheap or free scene locations during your pre-production planning phase. Using public locations that cost nothing won’t hurt your creative process one bit, not to mention, it’ll save you thousands of dollars in fees.

Trust us, when you’re on a serious budget, you don’t want to get too precious about the perfect location, especially if it can be duplicated or interchanged without affecting your storyline.

Take Advantage of All That Natural Lighting

In addition to the locations, you’ll also want to take into consideration their natural lighting. Using as much natural lighting as possible will cut down on time and equipment costs. You’ll still be able to shoot stylistically, if not more realistically.

Remember, it’s much easier (and cheaper) to create natural darkness than it is natural light.

The Best Services For Filming on a Budget

When you’re filming on a budget—especially a low budget, you’ll need all the resources you can get. This means cheap camera rentals, audio, production software, etc. Now without further adieu, here’s a list of film production software to help you bring it home:

At We the Project, we make the hiring process easy by providing a platform for you to meet other creatives. Not only can you find crew members and talent, but you can negotiate to finalize deals and set up payment with We the Project’s escrow.

With this tool, the transition between finding team members and starting to work with them becomes smoother than ever.

Ready to start finding your film crew? Get started with We the Project.

With ShareGrid, you can rent equipment and list your own, including cameras, audio, camera support, and lighting. Not only affordable, this option remains trustworthy with instant insurance, member ID checks, and fraud monitoring.

Loved by members, this platform has an average of 95% 5 star reviews. In addition to rentals, you can buy gear for a competitive price. Top cities include Los Angeles, New York, Atlanta, and Seattle.

Celtx has actually grown from being a simple screenwriting desktop tool to a nice collection of production management tools. These tools include scheduling, budgeting, script breakdown, shot lists and more.

Celtx makes for great collaboration software because it generates documents and shareable links, however the sharing can be limited. You can start off with a free 15-day trial and production management tools begin at $14.99 per month.

With Dramatify you can opt for pay-as-you-go plans as well as fixed plans. The pricing varies upon how many users there are on each project.

Much like Celtx, Yamdu is great for generating production documents. The software is a bit pricey, however, costing $49 per month to use all of the features, per project.

Gorilla Scheduling 6 is a desktop-based software that handles video and movie scheduling. Additional production management tools can be purchased separately and installed, including call sheets.

The software itself includes a manual entry tagging system for script breakdowns, templates for call sheets, film credits, and storyboards. Pricing begins at $249 and varies by the number of installs.

Scenechronize is another cloud-based film-scheduling software that offers a feature set of script breakdowns, sides, and standard reports which can be converted into PDFs or excel documents.

This software is good if you’re looking for secure storage and management for scripts, schedules, and document libraries (with watermarking capabilities!) You can get started with a free trial that includes all of the above features, and the upgrade is $150.

This is also a desktop program, so it only offers per-user installs. The software sells starting at $489, and varies by the number of installs. However, you can get your hands on the Academic Edition for $185 if you’re a student or a teacher—with the proper identification of course.

Now that you understand how to create a filmmaking budget, how to cut costs, where the free resources are at, and which production management software is available to you, you’ll be viewing your passion project at a film festival in no time!

Now that you know the main components of the film budget and the best services for you to keep it manageable, get started by learning about how We the Project can help. After finding the right team members and services, you’ll get to focus on the creative process and develop your vision the way you want. Find out more about We the Project here.